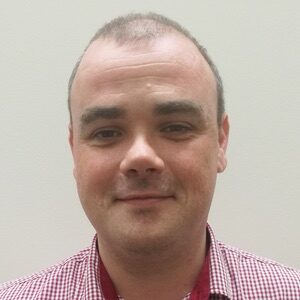 On 30th July 2016 we remembered 154 men of The Black Watch who were killed, most at the Battle of High Wood (as part of the Battle of the Somme). The Memorial Service was led by Rev Alex Forsyth, and attended by families of the fallen, veterans and members of the public. 154 crosses were laid up at our Memorial Wall.

Find out more about the Battle by reading on.

From early July British forces continued to engage the Germans on the ridge above the Somme valley.  Their objective was to consolidate, hold and where possible advance their own front line. By doing so they would gain the ability to observe the enemy from the high ground and to actively press home their attack.

The position of High Wood, one of the highest points on the ridge, provided an excellent observation position , South over the ridge at Montauban, South-East towards Delville Wood, North-East to Flers and Gueudecourt and North-West to Martinpuich and Courcelette. Each of these locations central to future advances towards the Belgian border. High Wood had to be taken and the high ground occupied.

High Wood had been well prepared to withstand an attack. A trench system known as the ‘switch line’ ran from a point several hundred yards from the northwest corner of the wood, ran through the northern most point of the wood then extended east and south for several hundreds of yards. This was a deep trench system protected by lines of barbed wire, machine gun posts and a network of forward trenches.

There were two approaches that provided some cover into the wood from the British lines. Wood Lane to the east running along the plateau and alternatively a shallow valley running North from Crucifix Corner directly into the wood. The former was exposed to fire from the extended switch line and from the wood itself and the latter, although hidden from view was uphill and in easy range of the German artillery.

On the evening of 30th July at 6:10pm, 7th BW begin an advance on the eastern side of High Wood along Wood Lane. This is done in conjunction with a supporting, creeping barrage. The Germans were prepared for this attack. Artillery and machine gun action cause many casualties.

With thanks for Derek Bowes for his research and Major Colin Innes for reading these words at our Memorial Service on 30th July 2016.