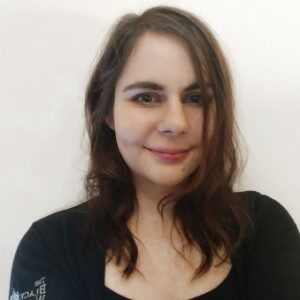 Held every year on 21st March, World Poetry Day was first declared by UNESCO in 1999 with the aim of supporting linguistic diversity and the opportunity for endangered languages to be heard. It is a day that celebrates poets and promotes the reading, writing and teaching of poetry.

Lance Corporal John McHardie Beaton was born in 1894 in the Angus town of Kirriemuir. He was the youngest of 10 children born to Ann Beaton and William Beaton. In his early life he was employed as a chauffeur for his family’s neighbours. After the outbreak of World War 1, John and his older brothers, Archibald and David Beaton, who had both emigrated to Canada in the early 1900s, decided to join the Army. His older brothers served with the Canadian Expeditionary Force and John joined the 5th Battalion, The Black Watch. He was appointed Lance Corporal, and, after completing training, was deployed to France on 2nd November 1914.

John’s 3 poems were found in the letters sent home while serving in northern France. One of them was printed and sold locally for a penny in aid of the fund for sending tobacco and cigarettes to the 5th Battalion at the front. This poem, called “Weel Wullie” was written just a few days before his death. Unlike other famous poems written during this time John’s lines reflect the optimism of returning home, cheerfulness and the friendly banter between him and his comrades.
Less than a month after John’s death the 1st Kirriemuir Company of The Boys’ Brigade distributed copies of this poem and made £21. 7s. 4d. for the Comfort Fund which sent parcels to serving soldiers (this was the equivalent of 6 months average pay in 1915).

John’s second poem called, “We’re in the trenches, noo” gives insight into the everyday life of soldiers on the frontline. He shares details about the conditions he must endure, with the hot summer months approaching and the lack of “comforts” in the trenches – and just how much he misses his “ginger ale”! The poem ends on a positive note, with plans of returning home, which, unfortunately, he never did.

Sadly, John was killed on 9th May 1915 during the Battle of Aubers, aged only 21. This battle was one of the British Forces’ greatest tragedies during World War 1 with over 11,000 casualties, 800 of which were Black Watch soldiers. No ground, or tactical advantage was gained against the Germans.

John Beaton is buried at Fleurnaix, France. Of his two older brothers, Archibald was killed in action with the 29th Battalion, Canadian Expeditionary Force on 26th May 1916 while David survived the war.

The Black Watch Museum archive holds copies of two poems written by John. The third poem, and an extended family history with the story of the Beaton brother’s lives can be read at the Westmuir Village’s website.