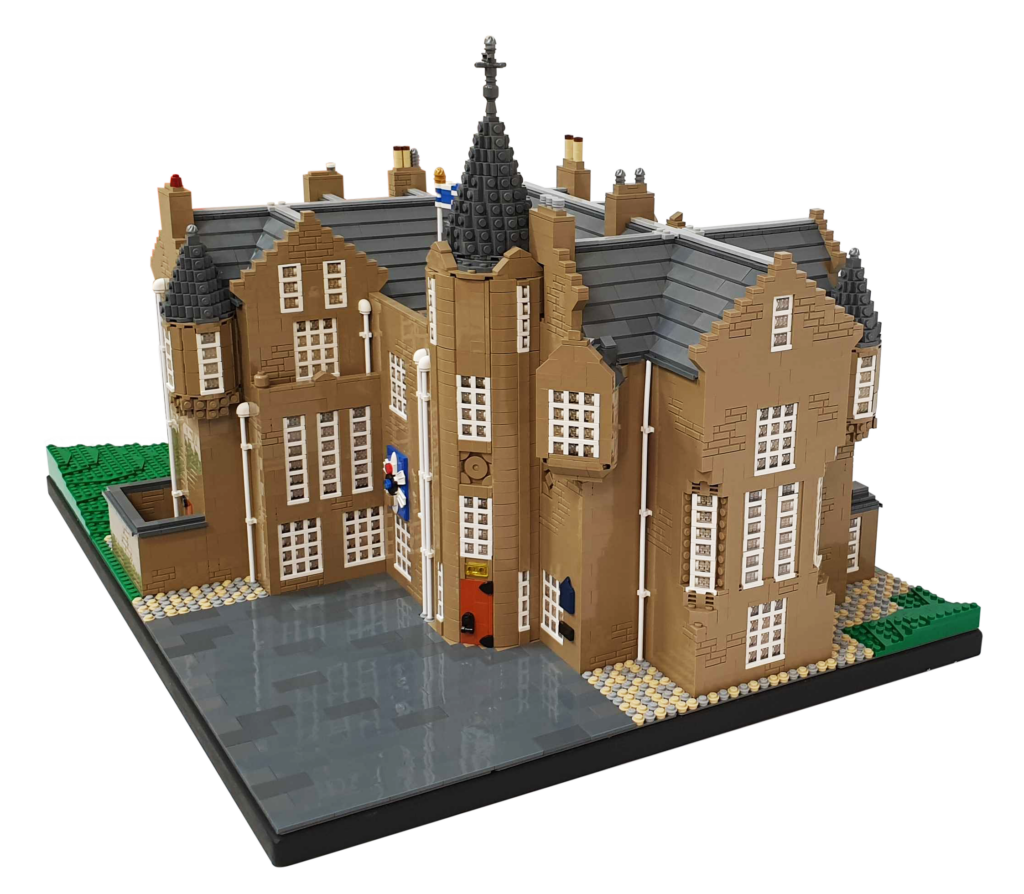 Our very own building in bricks! This shows the Castle before the modern extension was added. Can you make out the Black Watch regimental badge? You’ll be able to see that outside in more detail.

There has been a settlement on this site since the 12th century but the building began life as a L-Shaped tower house. Following years of neglect, the castle was restored and extended in the 1860s into what you can see here today.

The castle has had many different roles. It’s been a stately home for the Earls of Kinnoull, a convent and was also the base for the Women’s Auxiliary Training Service during the Second World War. The regimental headquarters of the Black Watch, along with the museum, moved here in 1960 and Balhousie Castle is now the proud host of the Museum you are visiting today. 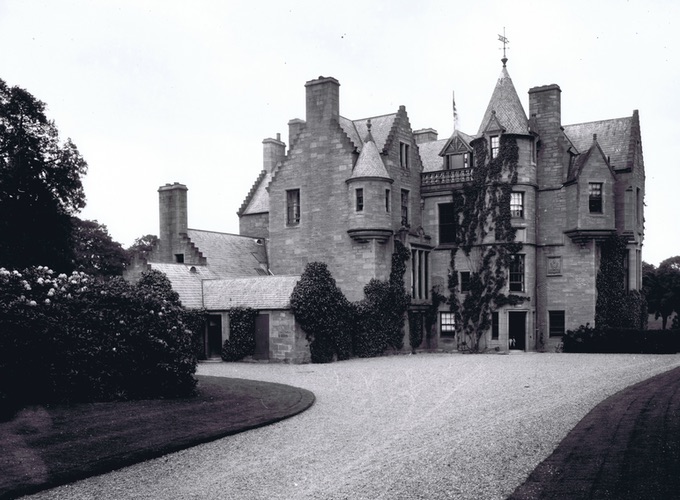