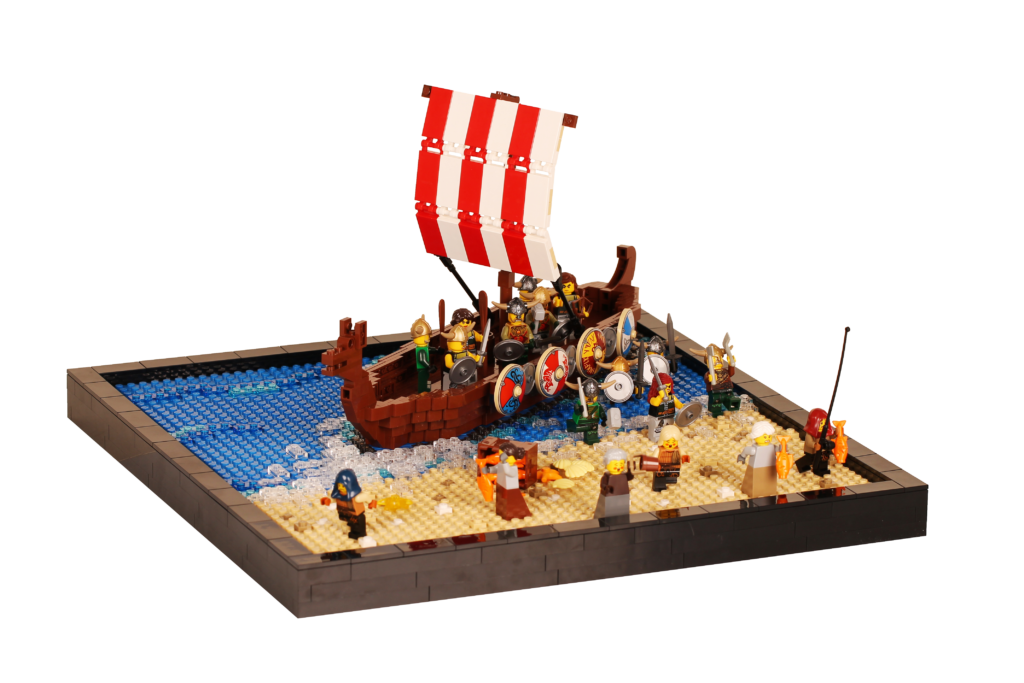 Do you know what wrong with this scene? Vikings didn’t actually wear helmets with horns on them!

The Vikings played a very important part in Scottish history and culture. Islands such as Iona were attacked and raided repeatedly in 8th and 9th centuries but as time progressed, many of the invaders decided to settle in Scotland, where they farmed or traded goods. By the late 11th century, the Shetland and Orkney islands were under Norse control, as well as the Western Isles.

The Viking longboat was incredibly important. It was sleek and fast which made it good for moving people across the rough North Sea and navigating narrow waters such as rivers. In fact, in 1266, they sailed up the Tay to Perth. Here, the kings of Scotland and Norway sealed a treaty passing control of the Western Isles to Scotland.

So significant was the longboat, that high ranking Norseman and women were often buried in them alongside objects symbolic of their power and status.