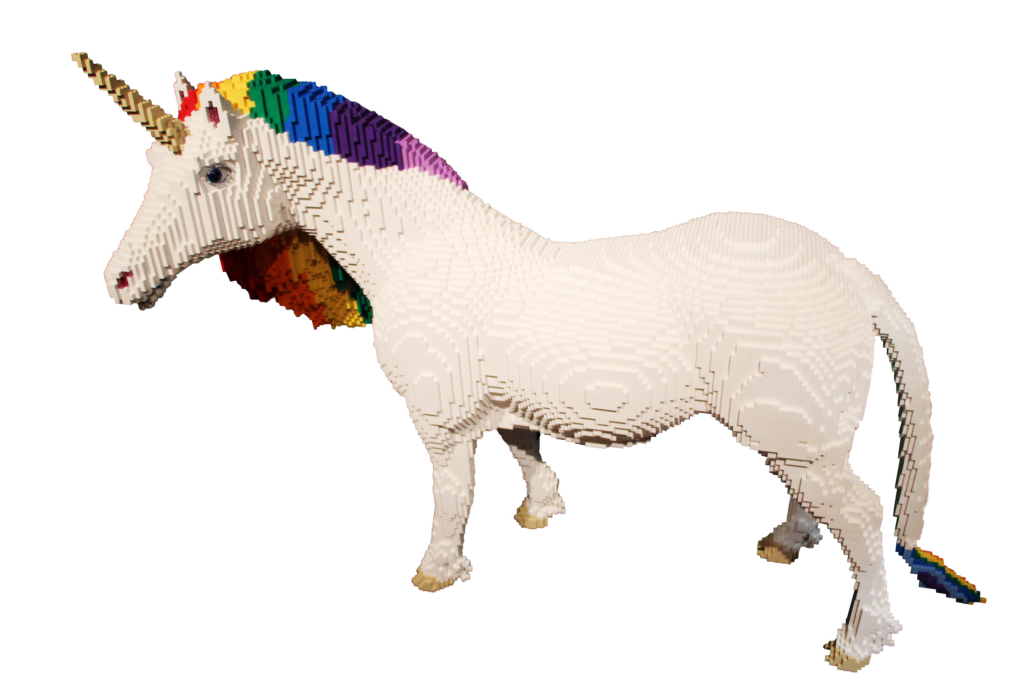 Say hello to Sparkles, our colourful and majestic unicorn. Some of her friends have gone missing in the Museum while she was eating cup cakes. If you go to our shop they’ll tell you how to help Sparkles find her friends.

If you were asked ‘what’s Scotland’s national animal?’ you probably wouldn’t think of a magical horned creature typically seen on children’s lunchboxes! But it’s true: the unicorn really is the official national animal of Scotland.

This mythical beast has been linked with Scottish royalty since the 12th century and from the mid-1500s, Scotland’s coat of arms was supported by two unicorns. However, when King James VI of Scotland also became James I of England, he replaced one of the unicorns with the national animal of England, the lion, as a display of unity between the two countries.